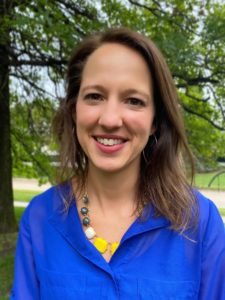 Meghan is the Co-Director of Omaha Integrative Care. Previously, she was the Trafficking Project Manager at the Women’s Fund of Omaha where she helped coordinate research projects, developed key coalitions and was one of the founding members of the Nebraska Human Trafficking Task Force. She supported the development and passage of several key trafficking laws including the nation’s most expansive criminal record relief law for survivors of trafficking. Meghan also served as the Children and Family Center Director at the Nebraska Children’s Home Society; the Young Families Initiative Supervisor at Lutheran Family Services; and the Executive Director of the Nebraska CASA (Court Appointed Special Advocates) Association. Meghan is passionate about innovative care and healing for individuals. She loves spending her spare time traveling with her husband and two sons and attending her children’s activities.

We are delighted to welcome Carole Westerman (she,

#MindfulMonday - Practice paying attention to what

Take a moment to just listen, whether to this vide